The French Impressionist Painters of the 19th Century

There are so many noteworthy French painters who aligned themselves and even actively belonged to the impressionism art movement of the 19th century.

In those times, the art world did not accept the techniques and colors of the French impressionist painters. In fact, many of the impressionists could barely make a living and painted for most of their lives with very little public acknowledgement.

Luckily for us though, many of these painters were not deterred and continued to paint against all odds. The French Impressionist painters left us with the most beautiful paintings, loved by everyone decades later and worth millions!

So who are the French Impressionist Painters?

Eugene Boudin is technically not an impressionist but without him, impressionism may NEVER have started.

How is that so?

Eugene Boudin, a Honfleur artist notices the artistic talent of young Claude Monet. He convinces Monet to join him in Honfleur and for a few years mentors him in painting.

One of the major techniques es that Boudin teaches Monet is the concept of plein-air painting (painting landscapes outdoors rather than inside a studio). This was an eye-opener and major breakthrough for Monet which he embraced totally. Press here to read how Boudin changed the course of art history.

Mary Cassatt the ONLY American in the inner circle of Impressionists

When we think of Impressionism, we think of French artists. But Mary Cassatt, the American, was one woman who could not be ignored.

The impressionists saw her talent and included her in their inner circle. Mary Cassatt, lived most of life in Paris and painted side by side with Edgar Degas.

She defied all norms as a woman in the 19th century and dedicated her life to painting & art. Familiar yourself with this impressive woman. Press here


Marie Bracquemond Who? The Story behind the Forgotten Female Impressionist

In 1928, French art historian Henri Focillon wrote that there were three ”grande dames” of Impressionism: Berthe Morisot, Mary Cassatt and Marie Bracquemond. Why have we not heard of her? What happened that she barely made it as a footnote in the history of impressionism? Read on….

Eva Gonzalès was a French painter of amazing talent. The impressionist, Édouard Manet recognized her talent as soon as he saw her paintings. Manet offered to be her teacher. Like Manet, she never actually exhibited with the impressionists but belonged to their small circle.

Unlike most of his impressionism peers, he rarely painted figures. Today his beautiful landscapes are world famous, but sadly Alfred Sisley died a poor and unknown painter.

Alfred Sisley was born in Paris in 1839 to affluent English expatriates. Although he lived most of his life in France, he never attained French citizenship. Sisley applied for French nationality many times throughout his life but he was denied each time. Ironically, it was decades after his death that he would be recognized as one of the great French Impressionist painters.

Press here to read an incredible story about the hundreds of missing Sisley paintings. It is said that these paintings may be hidden in the cellars and attics in a small medieval town near Paris called Moret-sur-Loing.

​Edouard Manet was born in January 23, 1832 into a wealthy Parisian family. His father, a high ranking judge, wanted Edouard to study law and follow in his footsteps. But Manet refused to choose a respectable career. He wanted to become a painter. Thank god for that! Imagine a world without Manet paintings! ​

Many art historians today believe that Manet is the father of Modern Art and the Impressionism Art Movement. He was a charismatic leader in the Paris avant garde community. In spite of his relatively short artistic career, spanning a little over 20 years, he left us with around 420 magnificent paintings! Thank god he never became a lawyer!!

Albert Lebourg was a French Impressionism and Post-Impressionism landscape painter. During his life time, he painted nearly 3000 magnificent landscapes.  Unlike many other painters, Lebourg was very successful in his lifetime. He exhibited twice with the Impressionists in Paris, had a painting accepted by the Paris Salon and had many solo exhibitions. He received prizes for his works and was even made Chevalier of the Légion d’Honneur. For more information about Lebourg, press here

One of the Forgotten French Artists – Gustave Caillebotte

The art historians dismiss the impressionist, Gustave Caillebotte for decades despite the fact that he was a significant member of the 19th century Parisian Impressionism art movement. Why? Read on…..

Berthe Morisot was one of the pioneering French artists of the impressionism art movement. In fact, during her life time, she was at times more successful than her peers Monet and Renoir!!

She married Eugene Manet (Edouard Manet’s brother) who was a painter in his own right. Recognizing her talent, Eugene, gave up his career to manage hers. A male giving up his career for his wife was simply unheard of in the 19th century (let alone the 21st century) . Her story and her talent is incredible.

Auguste Renoir painted using bright colors, soft brushstrokes and cheery subject matter. He disliked the traditional art style of the time and aligned himself with the avant garde artists, such as Monet, Sisley, and Bazille.

Together with them, these young avant garde painters founded the Impressionism art movement. Their painting style used bright colors, broad brushstrokes and depicting their subjects and landscapes naturally.

Renoir was not always famous. In fact, he struggled as a painter and barely could support himself for a very long time. Over the sixty years as an artist,  Renoir painted around 4000 masterpieces. Press here for more information.

Camille Pissarro – The Painter of Many Art Movements

Camille Pissarro was a Danish-French painter. He was born on the island of St Thomas but lived in France for the majority of his life. Pissarro contributed to both the Impressionism, Post-Impressionism and Neo-impressionism art movements. He was also a mentor to many great artists including Paul Cezanne, Van Gogh, Paul Gauguin and others.

During the 50 years as an artist, Pissarro painted over 3,000 paintings – oils, pastels, watercolors and gouache. Press here for more information.

Maxime Maufra – One of the Lesser Known French Impressionist Painters

Maxime Maufra is one of the lesser known French impressionist painters, even though he was quite a successful artist in his life time. Maufra loved to travel and paint. He traveled and captured onto his canvases the landscapes and coasts of Brittany, Normandy, England, Scotland, Belgium and Algeria. Most of his beautiful paintings depict oceans, harbors, ships and rural landscapes. Read his story and enjoy his beautiful art.

Henri Rouart is an obscure name. However, he was very active in the 19th century French Impressionism art movement. Rouart exhibited in seven out of the eight impressionism art exhibitions. This was more than Renoir, Monet or Sisley. One of Rouart’s closest friends was Edgar Degas.

Henri Rouart was not only a painter but was a wealthy industrialist and a serious art collector. He believed in the artwork of his impressionism friends way before the art world did. He purchased many of their paintings. Over the years Rouart acquired a huge art collection. Read Rouart’s fascinating story.

Robert Antoine Pinchon ( 1886 -1943), born in Rouen Normandy, was a 19th century impressionism painter. He was a gifted artist, well respected by fellow artists and sought out by art collectors. Pinchon exhibited his paintings together with many of the the great impressionism and post-impressionism masters. Why have we barely heard of him? Check out Pinchon’s story and look at his beautiful art.

Jean Baptiste Armand Guillaumin was an impressionist painter and an active participant in the French Impressionism movement. He was friends with all the big names such as Paul Cezanne, Camille Pissarro, Vincent Van Gogh and Edouard Manet. While his friends later on became famous painters worldwide, Armand Guillaumin was largely forgotten.  Click here to read his story and look at his beautiful art.

Henri Moret is another lesser known French Impressionist painter. Although he studied traditional art, his style was influenced more by the impressionists and the Pont Aven school established by Gauguin. He is most known for his colorful paintings capturing the landscapes and coasts of Brittany. Press here to read about Moret and to view his beautiful paintings. 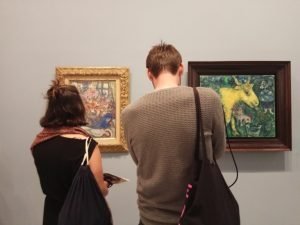 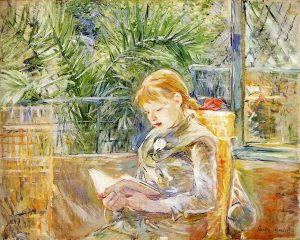 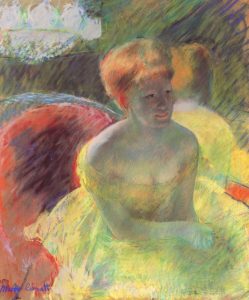 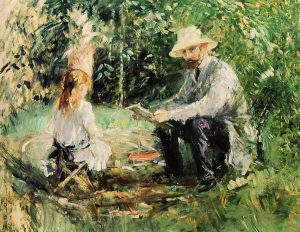 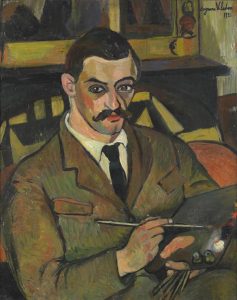